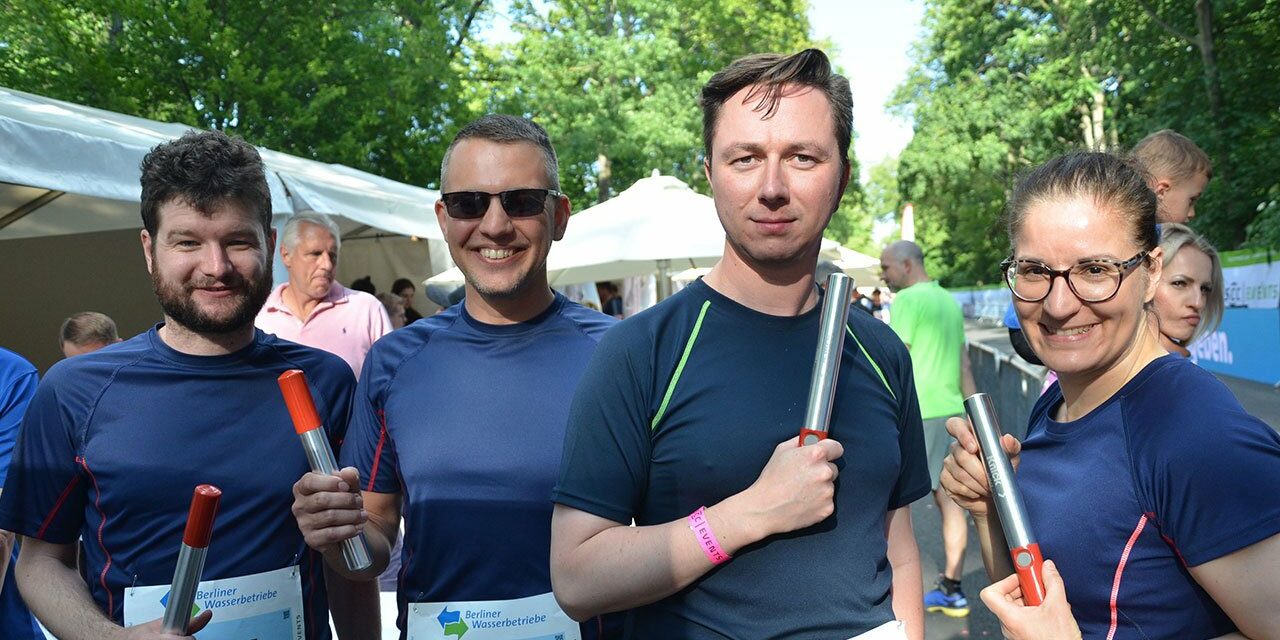 The 5×5 km team relay has been an integral part of the Knick calendar since 2005, and after a two-year break, our runners were especially looking forward to this event this time. Five mixed teams, each with five active runners, went to the start on Thursday, June 16 and covered their five partly dusty kilometers on the beautiful course through the Tiergarten in warm summer weather. Sporting headquarters for the entire Knick team was, as always, our team tent directly on the course, meeting point for all interested parties.

Motivation is everything in sports – this of course includes mental support along the course. Cheerful drumming percussion bands and enthusiastic spectators give the run a real marathon feeling and provide an additional boost for all runners.

Photo shoot at the touch of a button

One of the best rewards is often a photo of the finish with a beaming, proud smile. To ensure that no Knick runner in the crowd of 1,800 relay teams on Thursday missed the photographer and that they would later have to go home without a photo of the finish line, the Knick team had come up with something special. The teams could bring their own baton, and again many relays got very creative. The Knick relay teams were given baton sticks that were built in-house and had transmitters built into them. If the runners gave a signal at a certain point just before the finish line, it was time for all the “groupies” to “get out to the track, cheer and take pictures.” This photo shoot at the push of a button was an absolute highlight for our team, everyone was excited and proud of this idea from our own company.

Everything runs better in a team

A total of 3,305 teams ran through the Tiergarten on the three days of the event; the relay race has its own special appeal, certainly because only the team wins. It’s not about personal ambition, but about joint achievement; in the end, there is a single result to which everyone contributes. Big medals are certainly won elsewhere, but every crossing of a finish line is a success. With overall times between 2:14 h and 2:27 h, the Knick teams did well, and next year’s participation is already firmly planned.

Pictures from the event on the official website Berliner-Teamstaffel.de