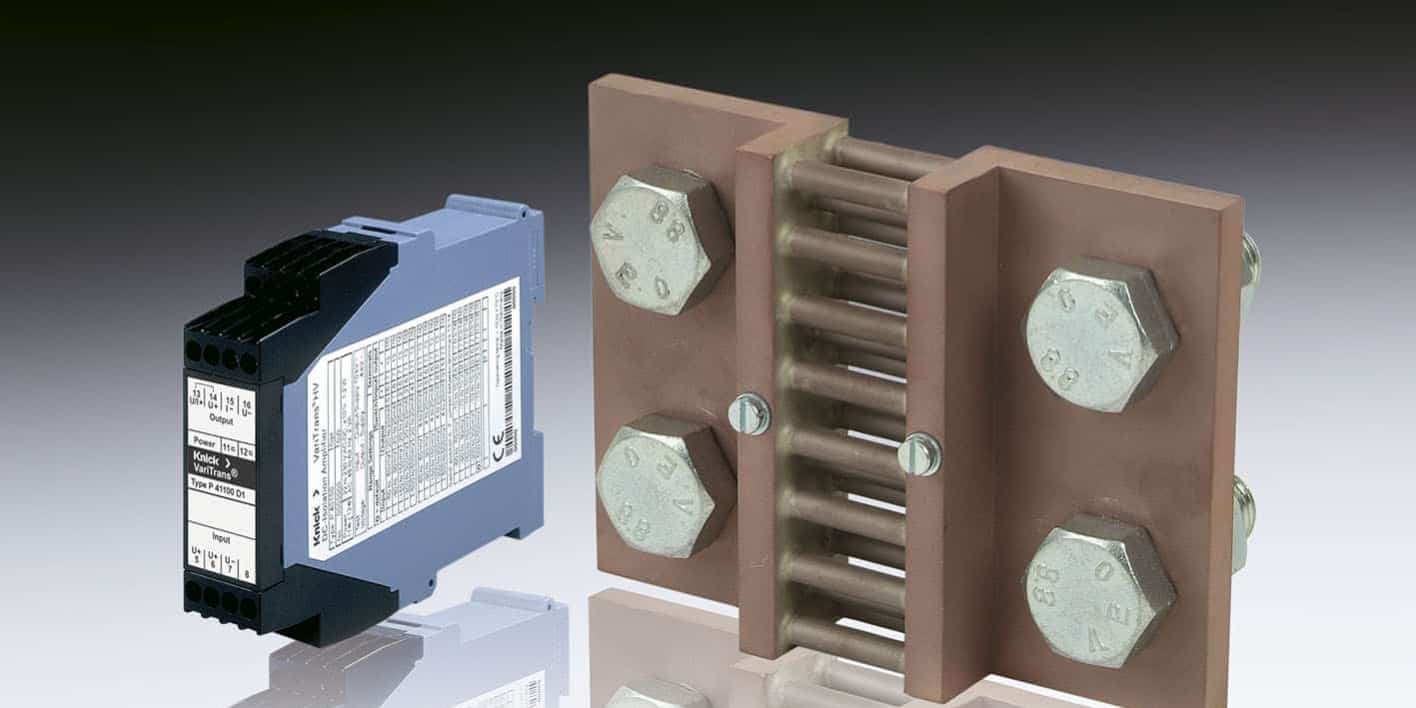 Pictured left: Example of a shunt resistor and mV transducer pairing (top) and an example of Hall Effect sensor (bottom)